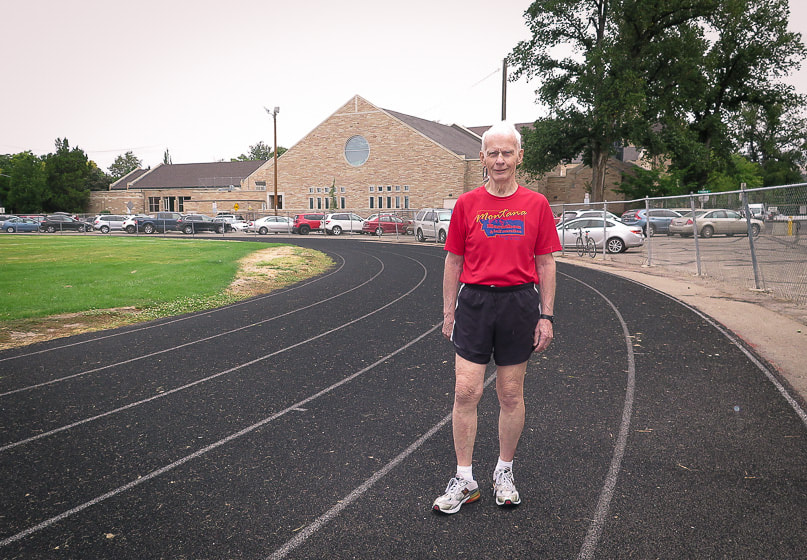 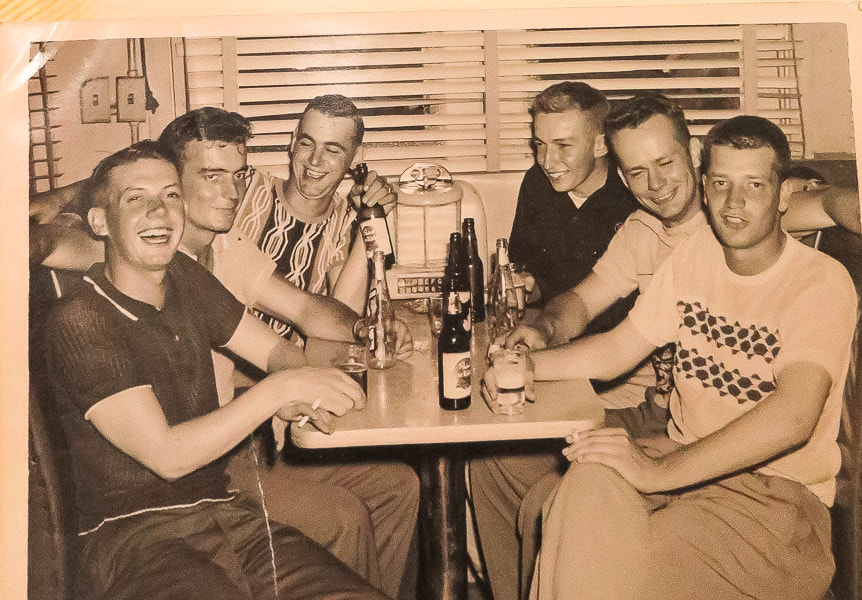 Bus (second from right) and friends in Eau Claire, Wisconsin, just before being drafted into the Korean War
Inside the old leather cover are pages and pages of names, numbers and quotes written neatly in blue ink, the kind of old ink that fades with time.  Small tabs with labels mark different sections.  The first page is a 3x5- inch index card typewritten front and back with Rudyard Kipling’s poem “If”.  The holes on the card that fit into the metal rings are reinforced with clear tape.  I surmised that this poem was a model for Bus’ life; it seemed to be an appropriate introduction to his black book.  Bus says that he continues to this day to live by it.  Following this are pages of inspiring quotes. ​
First page in Bus' black leather-bound book  - "If" by Rudyard Kipling 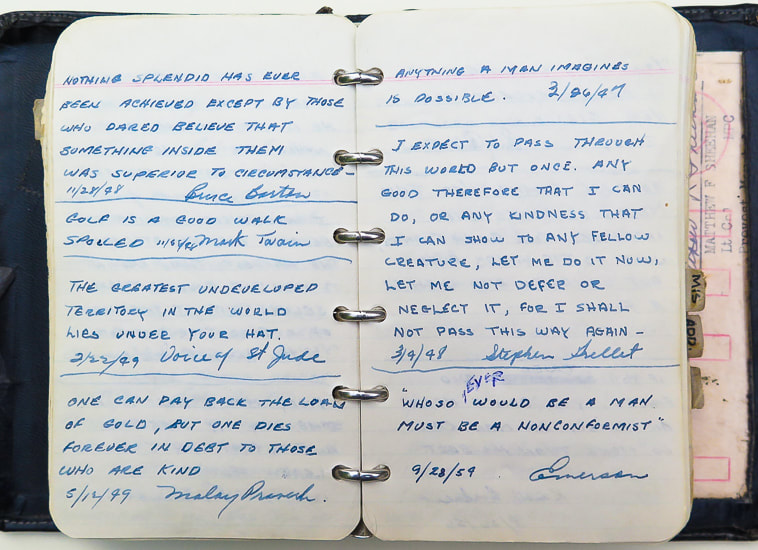 Two of the many pages of quotes Bus recorded in his black book
These were entered in the late 1940's
​One definition of "treasure" is "something that is very special, important, or valuable".   This book to me was a valuable chronicle of a man's life that is treasured by Bus and his family.  An important recording of history.  I suggested to Bus he should have its pages digitized to be kept forever for future generations.  He grinned and said, "I don't know about that, but lots of people have read it."  I turned each page carefully and saw parts of Bus' life unfolding before my eyes.  Here is a man who literally loves life!  Bus kept a meticulous record of letters he wrote during the war.

As Bus did his stretches on the gym mat next to me, I took photos of the images in his Korean War photo album, and he told me stories about the war; some funny, and some very grim.  In one photo, two soldiers stand in front of a tent, both wearing U.S. Army fur pile field caps.   He remembers how cold it was during the war in Korea, and recollects stories of soldiers' bodies being brought back to his station.  He said that when he looks back, he realizes what a remarkable effect the war had on his life.

I asked Bus how he got his name.  "I don't know for sure,"  he said. "I've been Bus all my life.  For some reason my parents and family called me that.  Maybe I looked like a bus when I was a kid!"

Bus doesn't run half-marathons or 10K races now, but he gets into the gym nearly every day to ride the stationary bike, lift weights and do his stretches.   With a bit of mischief in his eyes, he jokes with the rest of us "gym rats".  Bus likes people; I bet many consider him a friend.  He told me, with a grin,  that he is meeting a long-time friend in Las Vegas soon.  He also returned recently from a trip to the Caribbean.  Way to go, Bus!  He always had fun, and stayed curious and healthy.  I hope I can have that outlook when I'm nearly 90 years old!  He is now looking forward to his trip to Thailand.
​
I'll have to read Bus' little black book in another year - maybe it will have a new quote about words of wisdom or inspiration about becoming a nonagenarian.  Maybe it will have an illustration of a new idea or invention.  Or maybe it will list some more friends' contact information in blue ink.  Bus told me that he put my name in his book - I'm honored to be included! 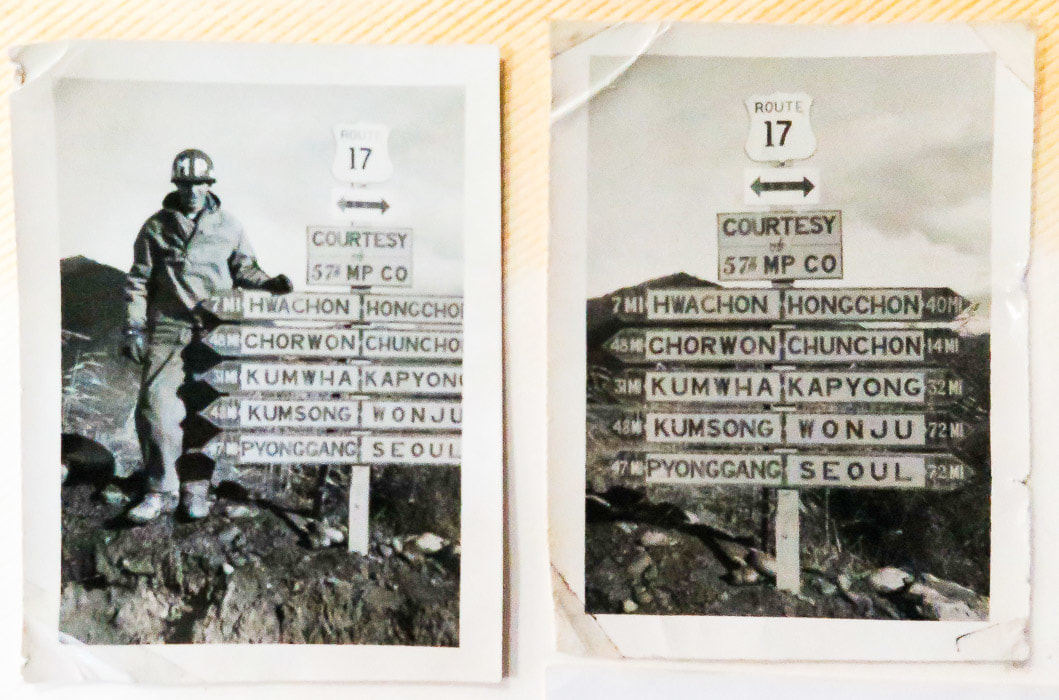 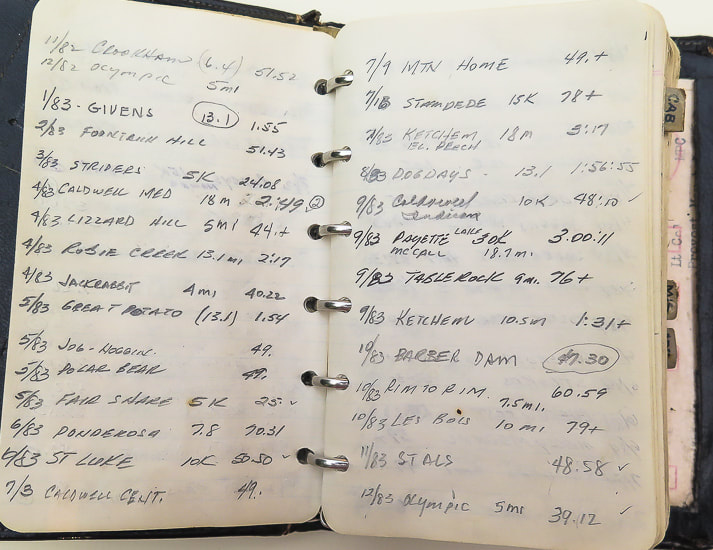 Bus recorded his races and times - 20 pages of races that listed 200 races! 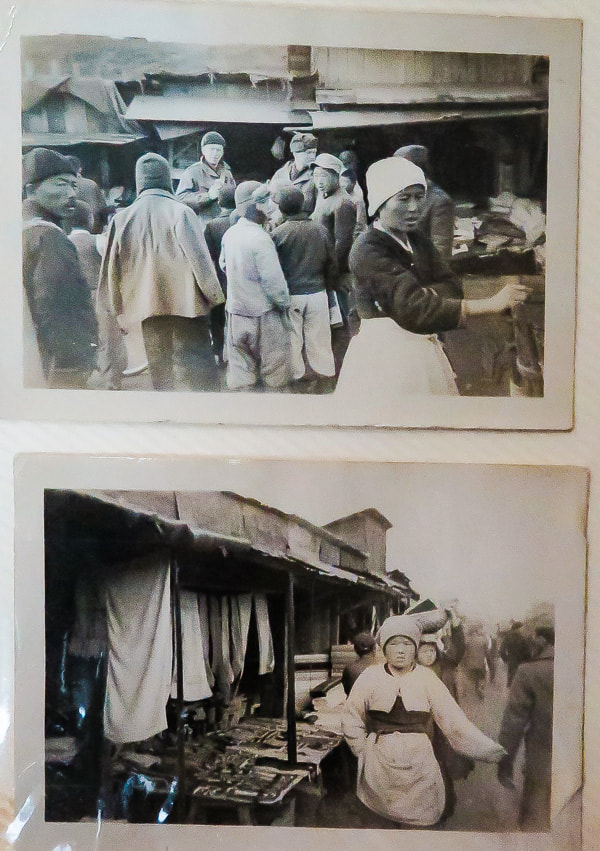 Market in Korea during Korean War 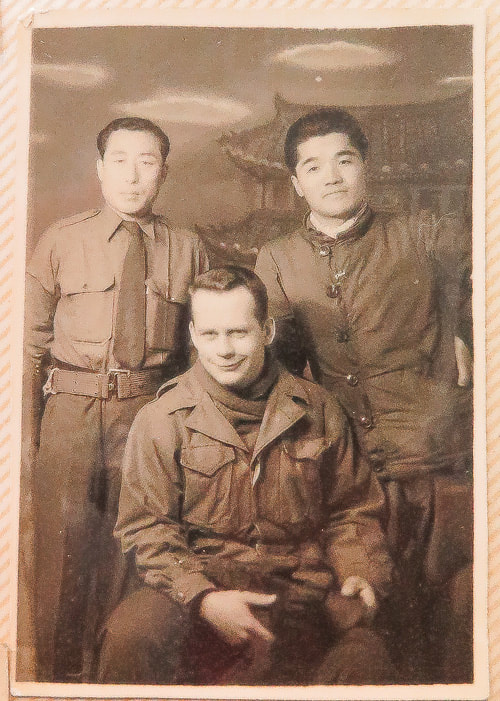 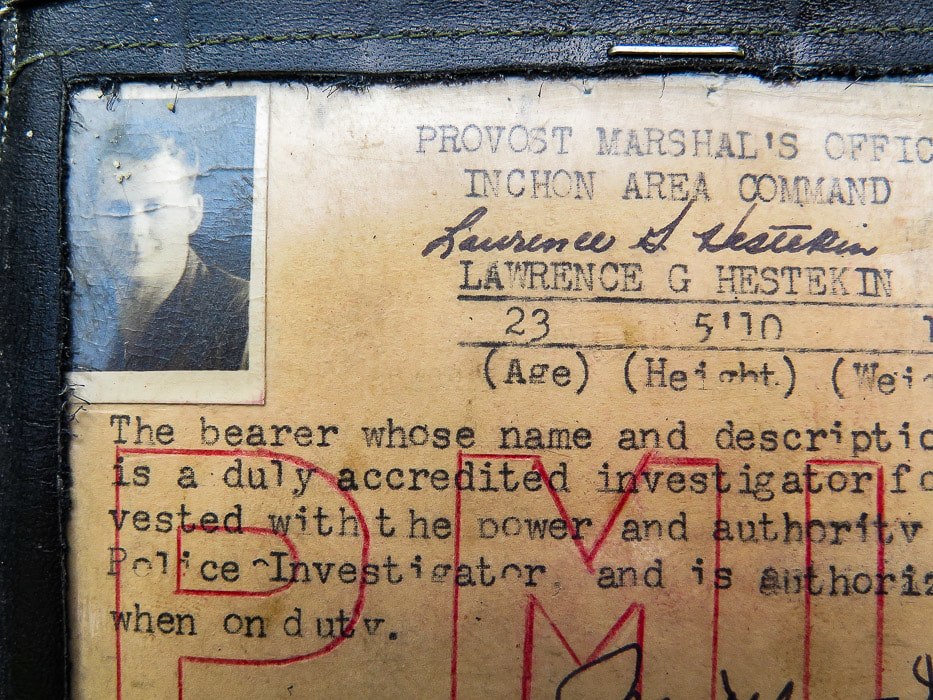 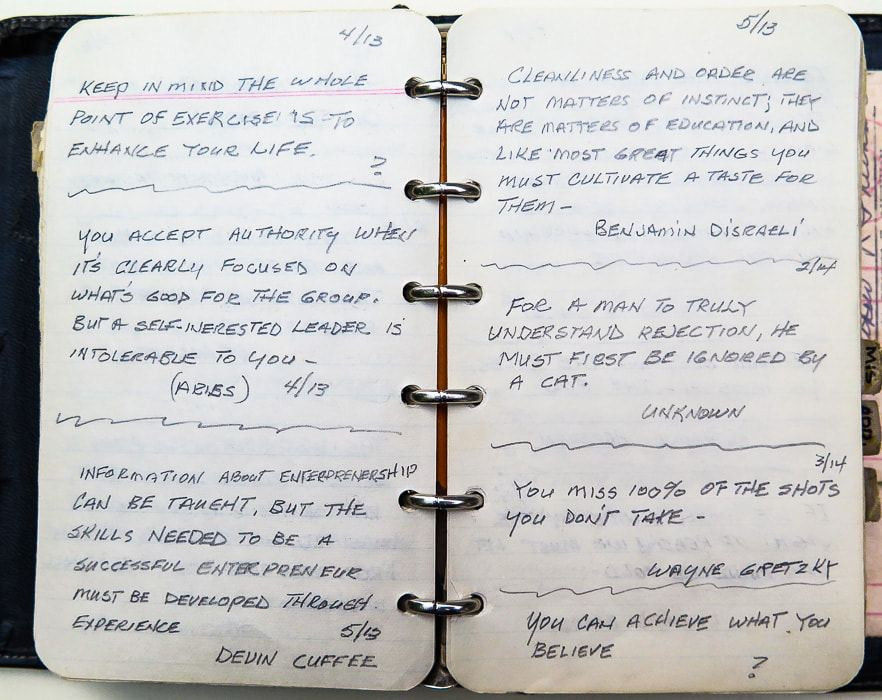 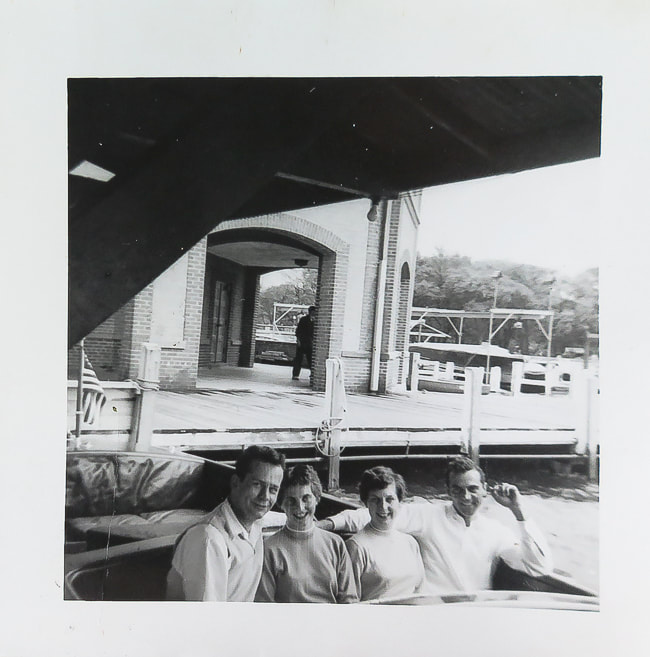 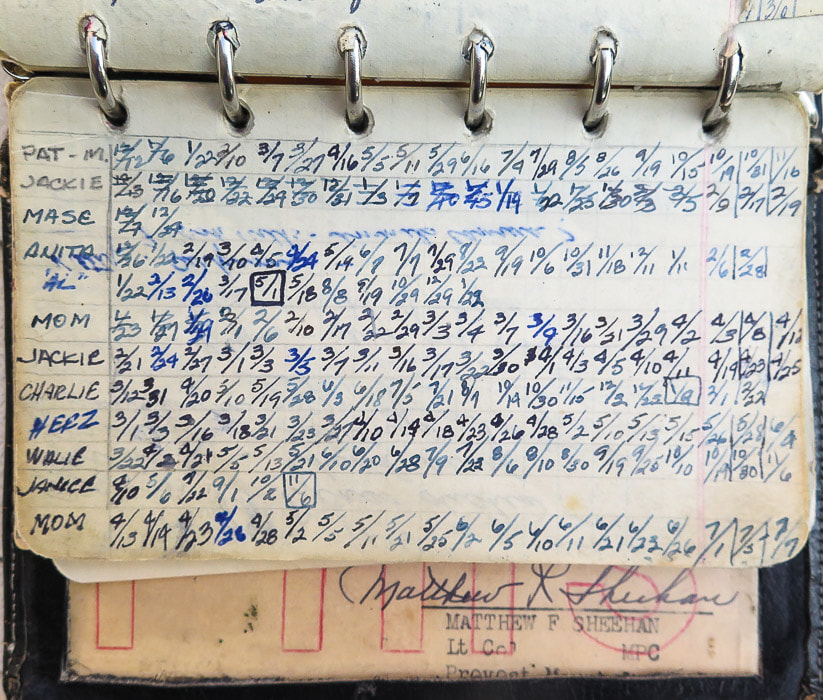 List of friends and family and dates in which letters were written to them
Jackie and Mom have two lines - Jackie liked to write a lot, according to Bus 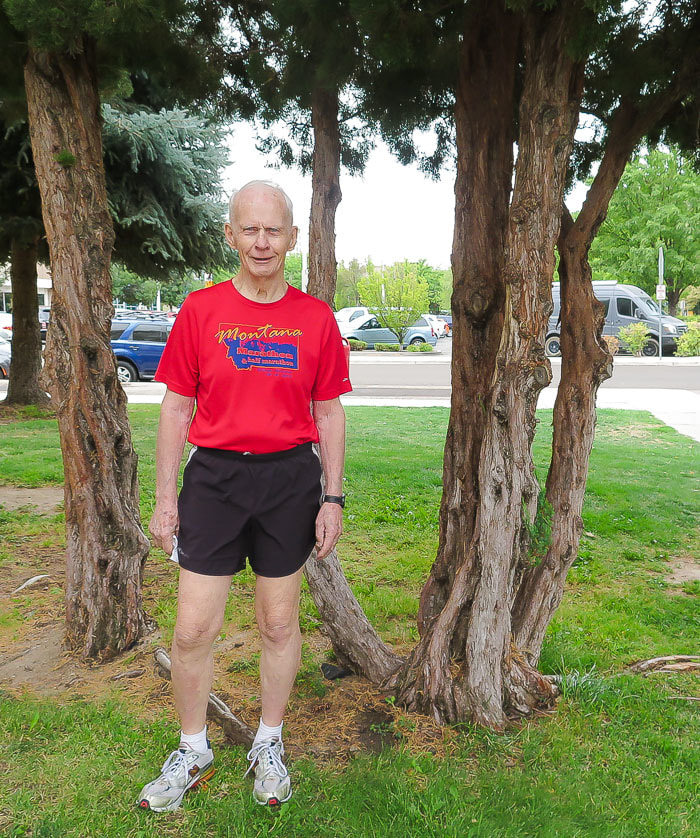 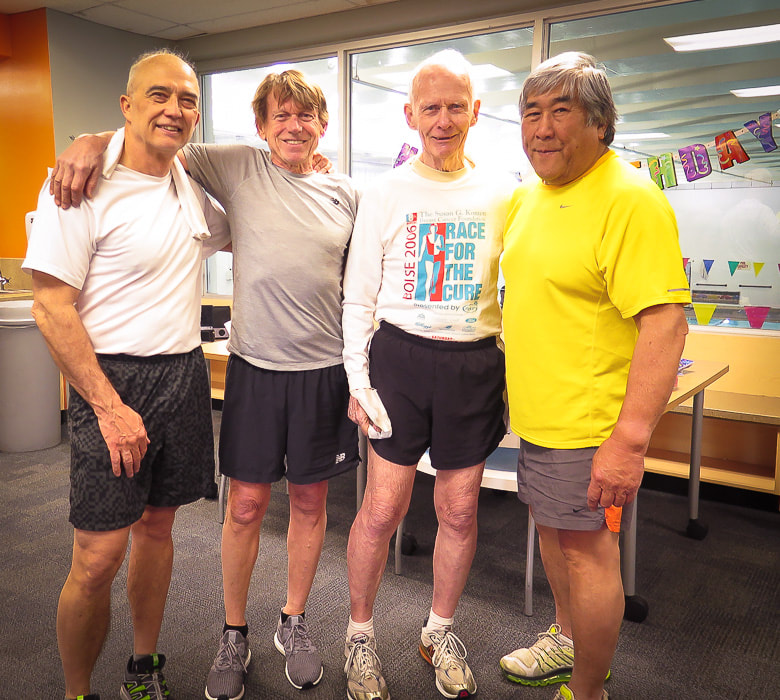